Forgeries are lesser enjoyable part a of philately for most collectors. However where there is a demand there is a market and therefore also a market for imitations/forgeries. It is not always the case that whole stamps and/or postmarks are forged. There is also market in the postal history section that is vulnerable for forgeries. Think about rare destinations of types of rates. Another option is to deceive unsuspicious/inexperienced collectors with adding damaged stamps on a postal history item. The example below is such a example. 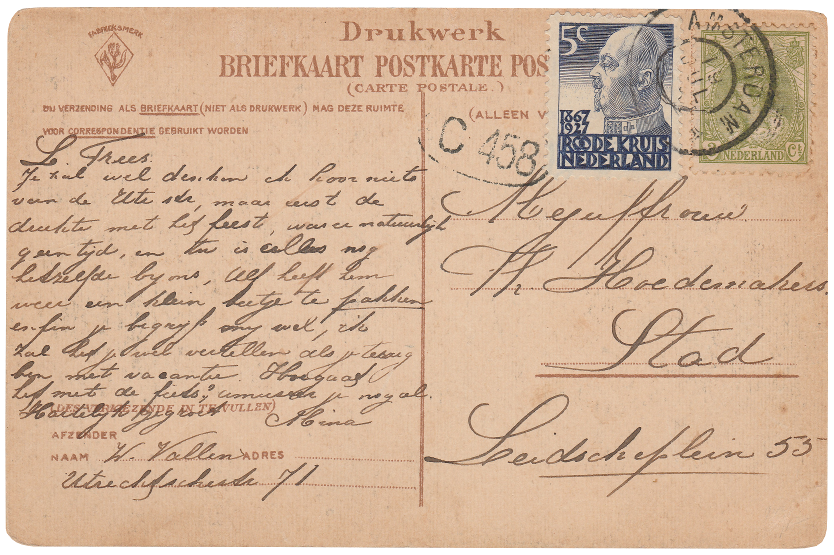 By checking the validations of the stamps we can determine the timeframe a genuine postal used postcard and which rate was in use. Since the left stamp had a very short period of validation it is easy to establish the timeframe. In this case 9 June 1927 till 1 January 1928.

On the postcard there is a word written that indicates the destination of the postcard. This is the word “Stad”. In the 19th and first half of the 20th century it was normal in the Netherlands to indicate mail with the words Stad (city, town or village), Hier (here) or Alhier (here). These words indicated that the postal item destination was the same city, town or village it was posted in. Since the item was cancelled in Amsterdam the destination was also Amsterdam.

It is clear that the postal rates don’t match the destination and time frames. 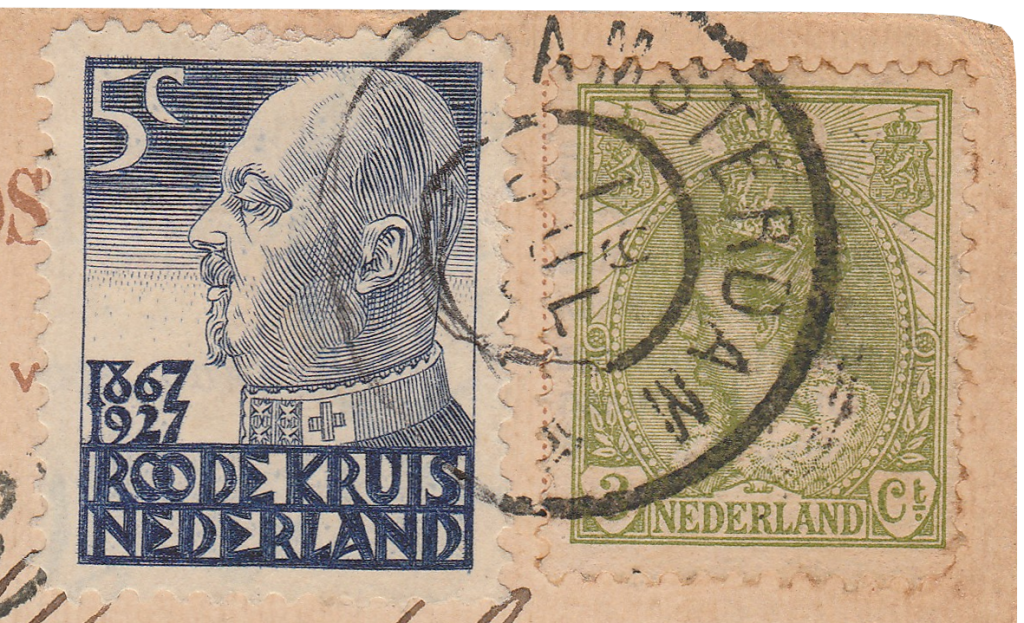 After a short analysis, the position of the left stamp gives the forgery away. The stamp is placed over the original postmark that cancelled the 3 cent, covering up the year indication, but not the day and month. Also it becomes very clear that the postmark is redrawn in a dumb way with pencil.

Now the question is why would someone place a mint stamp on a postcard and draw a pencil forged postmark over it? Lets have a look at market value of the 3 cent stamp issued on a postcard by itself used in Amsterdam. On a good day a professional dealer would be happy to receive the current market value of 50 Euro cent for an item like that. The minimum market value for a mint 5 cent stamp would be around the 1 Euro till 1.5 Euro mark, based on if it would be mint hinged or mint unhinged. Price wise it would not be worth to go to the trouble of placing a stamp with a higher market value on a piece that has a lower value unless something would make it worth to do so.

A closer examination of the 5 cent shows that the mint 5 cent stamp at some stage got damaged with thin spots near the perforation on the front side of the stamp. This must be the reason why someone tried to forge this postcard with a special looking usage, hoping that someone would fall in the trap of buying it. 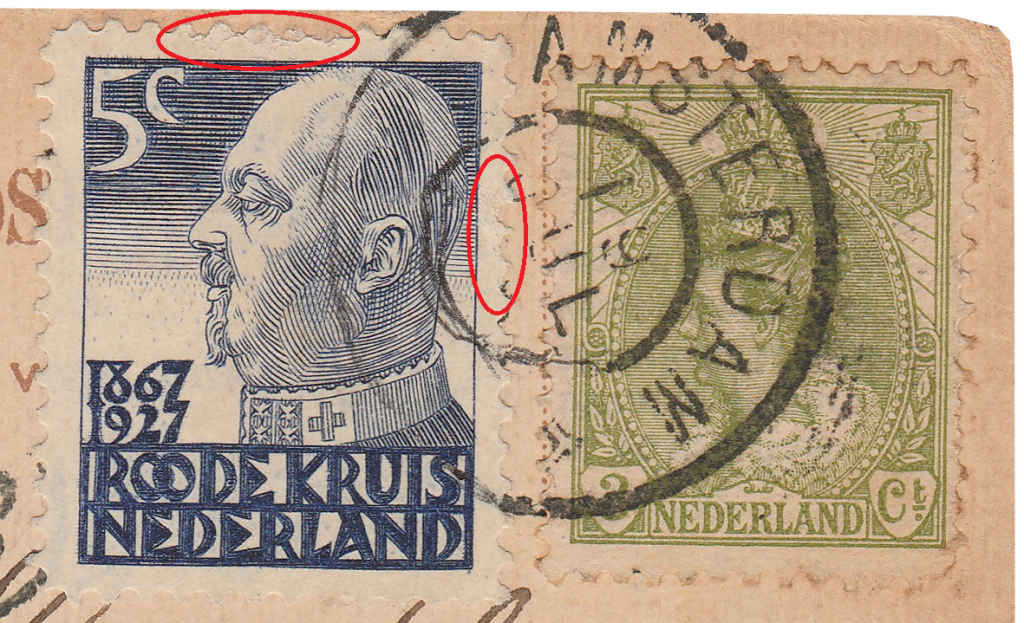 It is difficult to trace the history of who might have fallen for it, who have noticed it and sold as a forgery through and who tried to sell it off as genuine item. In the realistic market of today it becomes clear that forger would have succeeded as collectors of forgeries or collectors who just wanted a curiosity would have paid easily a sum between 2 till 5 Euro’s at the time this article was written. Maybe more on a crazy day at an stamp auction!