In 1979 the Dutch stamp dealer “Postzegelhandel W.v.d Bijl” celebrated it’s 4th anniversary. For this occasion a imitation print was made of the 10 Guilder from the 1913 Jubilee issue. 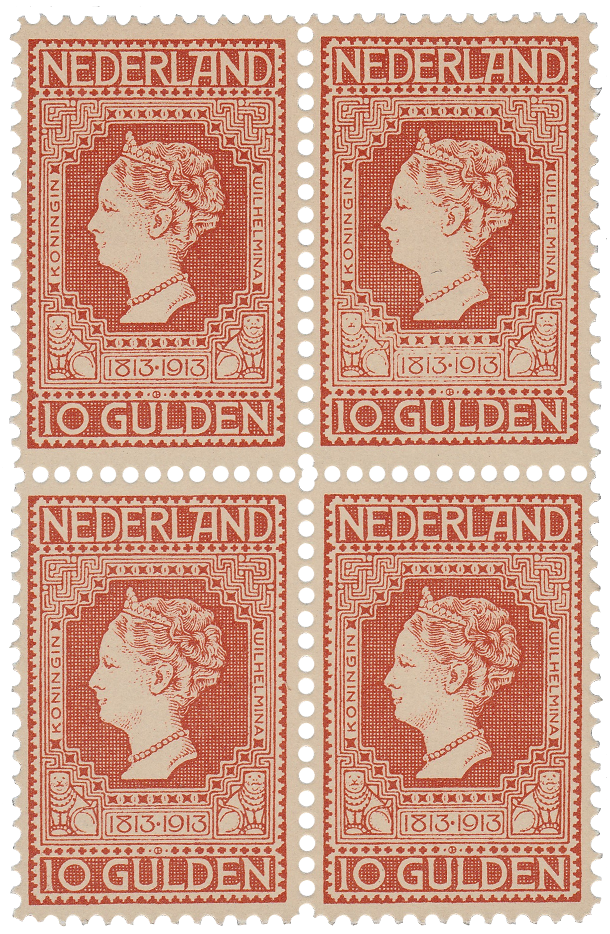 On the backside of each stamp a text was printed. The translation in English of the text reads as followed; “This postage stamp is – on the occasion of the 4th anniversary – specially printed for the stamp shop W.v.d. Bijl, Servetstraat 2, Utrecht”.

The differences between the real stamp and the imitation print can be recognised by the following details:

Further there are small differences in the stamp image.