However in the chaos of overprinted stamps of Suriname in the early 20th century someone decided to create an overprint that was never issued.

The 1 cent on 2½ cent red overprint is easy to recognise due it was officially never overprinted for any value. 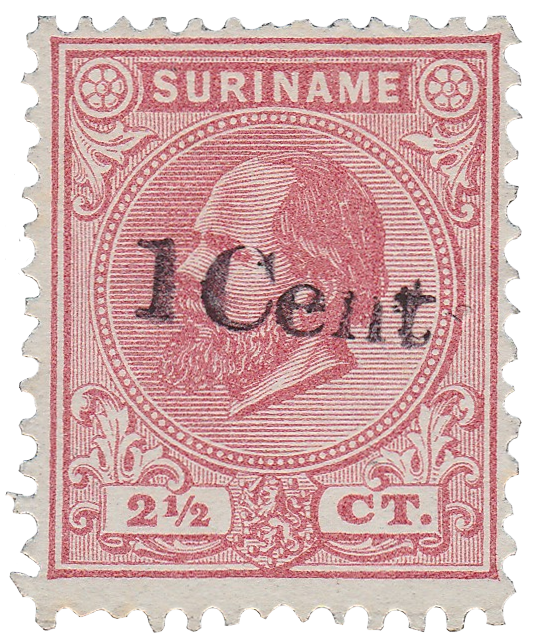 The forged overprint is placed on a real 2½ cent red stamp and only known on stamps with Combined Perforation 12½ : 12.

The 1 cent overprint measures 13mm and the height of the 1 is approximately 3mm. The colour of the of the overprint is mostly recorded in grey black, but strong black colour overprints have been reported.